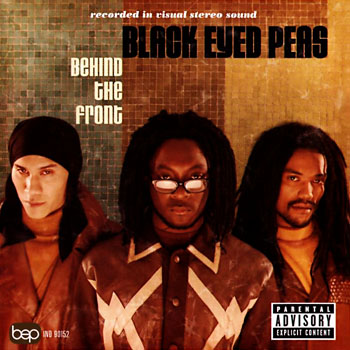 Yeah, yeah
You gotta keep it on the positive

Nowadays it's hard to make a livin' but easy to make a killin
'Cause people walk around one just one itchy feelin'
I feel nauseated from your evil drug dealin', bless feelin'
The definition of top billin'
It's ill the my vocabulary, diggin' your life style scary
No wonder why you carry a two to retaliate
Tryin' to annihilate the one a two annihilate you
They got some dude just to get you bugged

Really y'all, this shit is all out of whack
You can go out at night yet you won't come back
And this verse that I'm kickin' some might take it personal
And come out and get me, but worst of all
These rap fans are taking these shit serious
It ain't New York versus L.A.
'Cause really it's hip-hop, not a big ole' problem
Now let's see what we could do to solve 'em

Lucifer's got your little mind twisted
'Cause God once gave you the meaning of life and you missed it
You've been listed in the devil's books
Livin' the life of crooks and hoes and in such and such
All that shit, that don't mean much
You got one hand on your gat while your genitals are being touched
Livin' the life that's plushed and glamorous
Drunk and high with your little soul's crushed

Don't you know that life is a mirage?
I keep myself sober so my soul is camouflaged
If the devil cannot see me tell me how can he attack me
If he can't grasp a hold, tell me how can he try to snatch me
I ain't talking about the white man, the black man or a Jew man
'Cause the devil can exist in every human
Look how Biggie went out, and Tupac went out
And Martin, and Malcolm, and Kennedy, and Squeek
And Adam, and Rene, and so on, and so on

We're currently located over the Los Angeles scene
While you see a lot of niggas perpetrating like they're kings
With this so-called God complex
But when I see they mind they only see checks
So let's get our heads together, let's form a bad weather
Proclaim against perpetrators well said, alligator
Our realm, no perpetrator, a society choose the elevator
Of success by identity cross-fader
Complex thinking they're really much greater
Plain raw, harness all, maybe rough radar
Tough enough to perpetrate, I talk to you later

But wait, what about that midget brains
Unable to see reality too unreal, I'm sealed with mind, body and soul
Connected together, we tougher than leather
We much more than you think we are
We are the product of our on environment repent
With equality, plus duality and taken all kind of possibilities, bilities
I sing the song from the soul, let it rise from the tone
Let it rhythmically grow into it's own life, let it become you
Then you become it, once you become it everything will be infinite