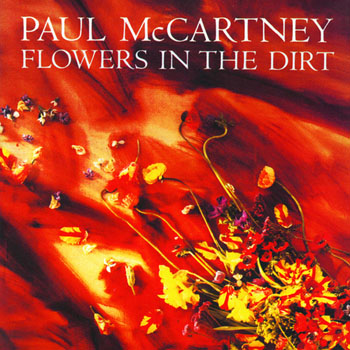 Flowers In The Dirt

Well, you've got me dancing in a figure of eight
Don't know if I'm coming or going
I'm early or late, round and round the ring I go

Why can't we travel a continuous line?
Make a love a reliable covenant all the time
Up and down the hills I go

Yeah, we'd better take good care of each other
Avoid slipping back off the straight and narrow
It's better by far than getting stuck in a figure of eight

Well, figure it out for yourself, little girl
I don't go nowhere at all
It's nothing more than a tape loop in a big dance hall

Is it better to love one another

Flowers In The Dirt