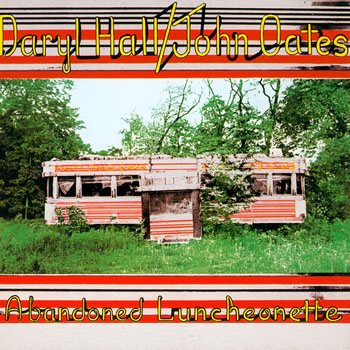 She was twenty when the diner was a baby
He was the dishwasher, busy in the back, his hands covered with
Gravy
Hair black and wavy
Brilliantine slick, a pot - cleaning dandy
He was young and randy

Day to day, to day today
Then they were old, their lives wasted away
Month to month, year to year
They all run together
Time measured by the peeling of paint on the luncheonette wall

They sat together in the empty diner
Filled with cracked china
Old news was blowing across the filthy floor
And the sign on the door read "this way out", that's all it read
That's all it said