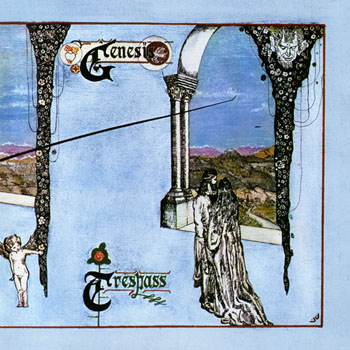 Howling for blood, one-eye leads on the pack
Plunging through forest and snowstorm
Steep rose the ridge, ghostly peaks climbed the sky
Fangs sped through jungles of ice

Hard on his tail, one-eye drew from the pack
An old hero conquered by none
Steep, far too steep, grew the pathway ahead
Descent was the only escape

Fang, son of Great Fang, the traitor we seek
The laws of the brethren say this
That only the king sees the crown of the gods
And he, the usurper, must die

One-eye, his the crown and with laurels on his head
Returned amongst the tribe and dwelt in peace