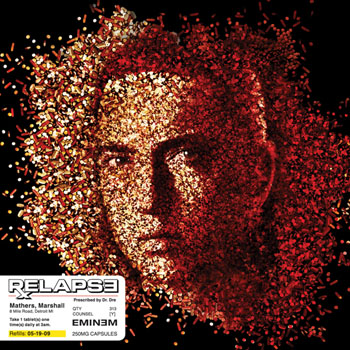 [Verse 1:]
Better watch out! - Sucker now I got ya where I want ya,
Onslaught! - Coming and I'm packing in my lunch up,
Bunch of - missile launcher and a bunch a contra-
Band van full of Ganja! - now come on jump!
Man stop marchin', Marshall on my gotcha,
Doin' the cha-cha and the kucharcha with a quadri-...
-... Plegic - boogieing down to Frank Sinatra,
"Lindsay-to-the-Lohan" naked while you let me WATCH - YA!
Who da knew the puda do ta me what's it's done?
Such cynicism when this isn't in my sys-tem!
BLUNT hypnotism, lift the spliff up to my lip son,
So much on my hands, I got to give my kids a fist pump,
Chris-to-... -pher Reeves swimming in my swim trunks,
"Mister-... -Help-Me" what's he said to me and then sunk,
Women skinning them and cutting them up in chunks,
In comes - the woman with cocoa butter skin once.

[Verse 2:]
Always - you can see 'em lurking in the hallways,
Carcasues of caucasion females in his draw space!
How the hell did he fit 'em all in such a small place?
Hide 'em in the wall but how long will the dry wall take!
Well f*ck it then; I got nothing but time, I'll wait,
Until it's dries for the moment I guess your all safe.
After I sand it and buff it I guess that I'll paint,
My chainsaw's outta gas my regular saw ain't!
Now here I come again! - Damn, stomach rumbling,
You can even hear the evil spirits coming from within!
Someones in - the back of my damn house rummaging,
It's a girl! - She looks pretty thin! - But I want to skin! chainsaw
Been - on the hunt again! - When - will it ever end?
Evelyn! - Why you tryna fight? You'll never win!
Severing - legs, arms, damn there goes another limb!
Pull the lever then - trap door; death is evident!

[Verse 3: ~Yoda~]
Now what you know about Buffalo Bill? - Nothing, so chill!
F*cking hoe, you better f*cking hold still.
Make sure none of that lotion in that bucket don't spill,
Cut 'em gut 'em and just keep stuffing those girls,
Man, I think she had enough of those pills,
Sedate her, then I wait her come back later just to clutch on those steel!
Blades, baby when I cut ya don't squeal
I hate the loud noises, I f*cking told you!
I keep hearing voices like:
"Wouldn't you like to go and get ya put ya knife
And push it right through her while ya put ya shishkebab skewer
Into a barbecue or would ya do to her
What you usually do to a girl who's skins newer? "
(In a World of Sin doer this is turning into a
Torment tournament of sorts, Christmas Ornament you are!)
I'll be sure to Ginsu ya til there's no more skin to ya,
Boo ya who ya think you f*cking with?
Duck because here he comes again!