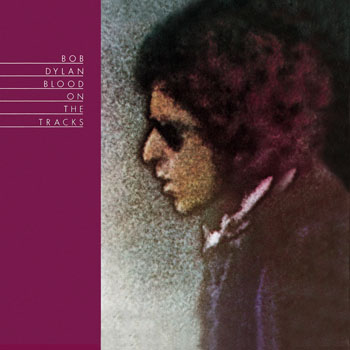 Blood On The Tracks

They walked along by the old canal a little confused, I remember well
And stopped into a strange hotel with a neon burnin' bright
He felt the heat of the night hit him like a freight train
Moving with a simple twist of fate

He woke up, the room was bare, he didn't see her anywhere
He told himself he didn't care, pushed the window open wide
Felt an emptiness inside to which he just could not relate
Brought on by a simple twist of fate

He hears the ticking of the clocks
And walks along with a parrot that talks
Hunts her down by the waterfront docks where the sailors all come in
Maybe she'll pick him out again, how long must he wait?
Once more for a simple twist of fate

Blood On The Tracks